First full day in the states, so time for a ride.

Bob and I set off from the Holiday Inn Express at about 7.30 am after a hearty breakfast, which for me consisted of Bran & Raisin flakes, Bacon, Pancakes & Syrup, Bagel & Cream Cheese, Cinnamon Swirl and  Coffee which i hoped would be enough to keep me going for the day.  When I had first booked my flights allowing a few extra days in Portland I had intended to get transportation out to Astoria or the West coast, dip my wheel in the ocean and ride back into Portland.  Bob had made the observation, that if we were to follow the river out it should make the long ride a little easier as we'd be following the Columbus river most of the way, which will generally have a downhill gradient. Heading out of the city was quite straightforward, we were on the right side of town and joined Highway 30 west without any navigational errors.  My bike was running smoothly after late night assembly in the hotel room the night before.  The only defect I've found so far is that the cable for the computer has been damaged, so no speed or distance readouts at the moment, but should be able to rectify that without too much trouble.

The roads stayed more or less the same for most of the day, though it quietened down a bit after the rush hour traffic which was going the opposite way to us.  Though the vehicles are large, particularly the many logging trucks that use these highways which we'd been warned about, the roads are too, and generally there was plenty of space to ride, even if the surfaces were a bit debris laden.  In fact on occasion the passing of a huge truck, if you're prepared for it, can give a little lift as it's draft wind pushes you along a little.

The first town we passed was Scappoose, Just like a small American town would look, with big roads, big plots, different stores along a long strip, plenty of fast food and restaurants.

After a couple of hours riding we turned off to St Helens to grab a coffee and have a little stretch.  Not much to speak of in the small town, but worth a diversion to make sure we're not just steaming past everything on the way. We rode on past  Rainier and had a bit of an uphill section with some outstanding views, if a little marred by the industrial foreground. We stopped off at Clatskanie for lunch at Colvins Pub & Grill at around 12.30 I think.  I had a chicken ceaser wrap and lovely IPA, though maybe this wasn't such a good idea as it didn't settle so well for the rest of the day, not to impede my performance of course, but was just a bit heavy, and along with the terrain being a bit more undulating for the rest of the day wasn't the best combination, but no harm done. At the end of one of the uphill sections we bumped into a couple form montreal on fully loaded Long Road Truckers who were on a full tour of the states, having started in Vancouver were heading down to San Francisco and then to the national parks, Arizona and onto Texas then back to Montreal.  There's always someone taking it a step further! We were aiming for Astoria by 4ish so just kept peddling along, up and down, avoiding trucks and debris and making good time.  We did manage to breech the Welcome to Astoria sign by 4pm, almost on the dot and rode our way into town to seek out the transit station to get a bus back into Portland. 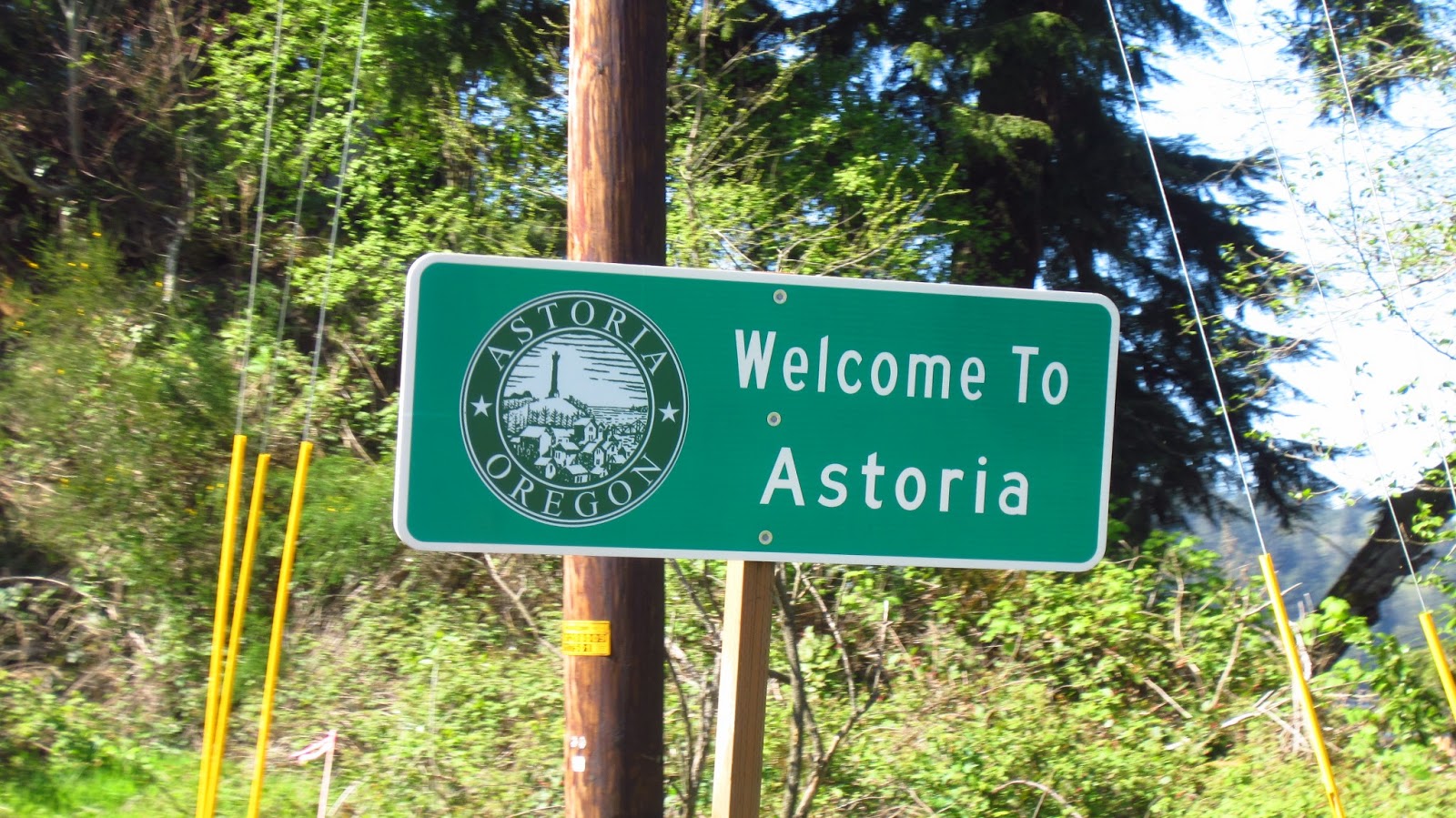 I was excited to be in the home of the Goonies and trying to see if I could see the house.  We would have rode past the street more or less, but with all the houses on hills being kind of simelar, with verandas and wood construction etc, i just tode on and sought out the bus stop.

It seemed a very pleasnt town, or city as it is in the states.  Once we'd secured our tickets we took a stroll down commercial street in the sun, I got a card and coke and just exploring a little.   I was in my full rapha riding kit, which seemed to be noticed by a young couple on the other side of the street who seemed to find it quite amusing.  I think I hear the guy shout "nice junk" from across the road, and chose to ignore the heckle, but in hindsight realise how rude it was of me to ignore such a compliment, after all I have been working out! 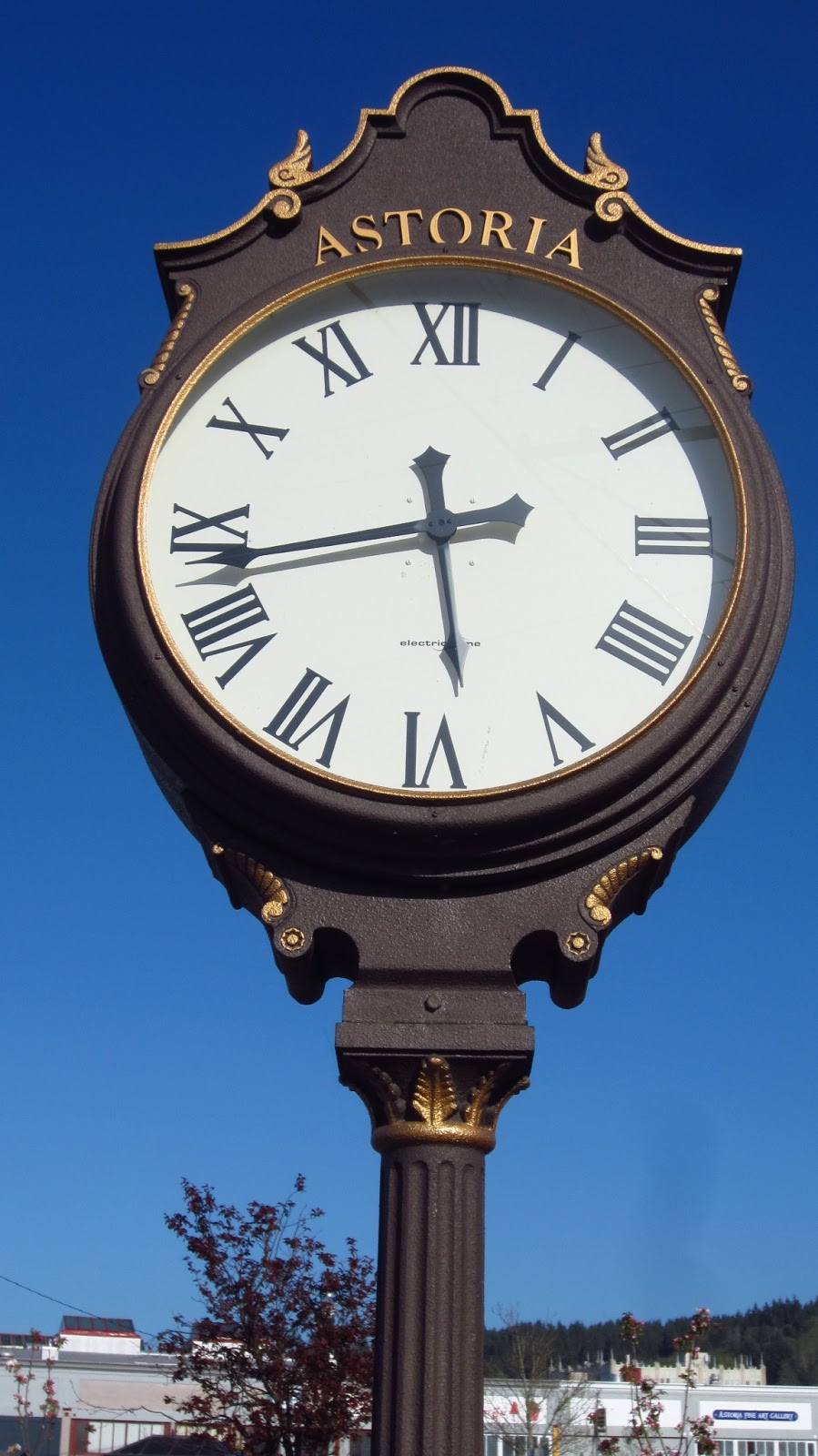 The bus arrived just after 6 and took a 2 1/2 hour or so Journey through Seaside and Cannon beach where we got our Pacific views and oblique sighting of more goonies coastline.

I ended up snoozing on the ride back into town (predictably enough after a long day of travelling and 100 mile bike ride) but was concious enough to know that we took the right choice to go along the river than inland, there was much more significant 'undulation' that way.

We got back to the hotel at about 8.30, bit of a wash and off for a bite to eat.  On the recommendation of Robin at reception in the hotel we opted for Mexican, margaritas and $5 happy hour meals.  Great.  Over dinner I discovered that Bob is an old Uni friend of one of my dad's oldest and best friends, which is a funny old coincidence.  I was also slightly beaten by a serving of "Texas size nachos" probably shouldn't have had the tacos as a warm up.  After a measure of Sotol as a nightcap it was back to the hotel for head down, and out. 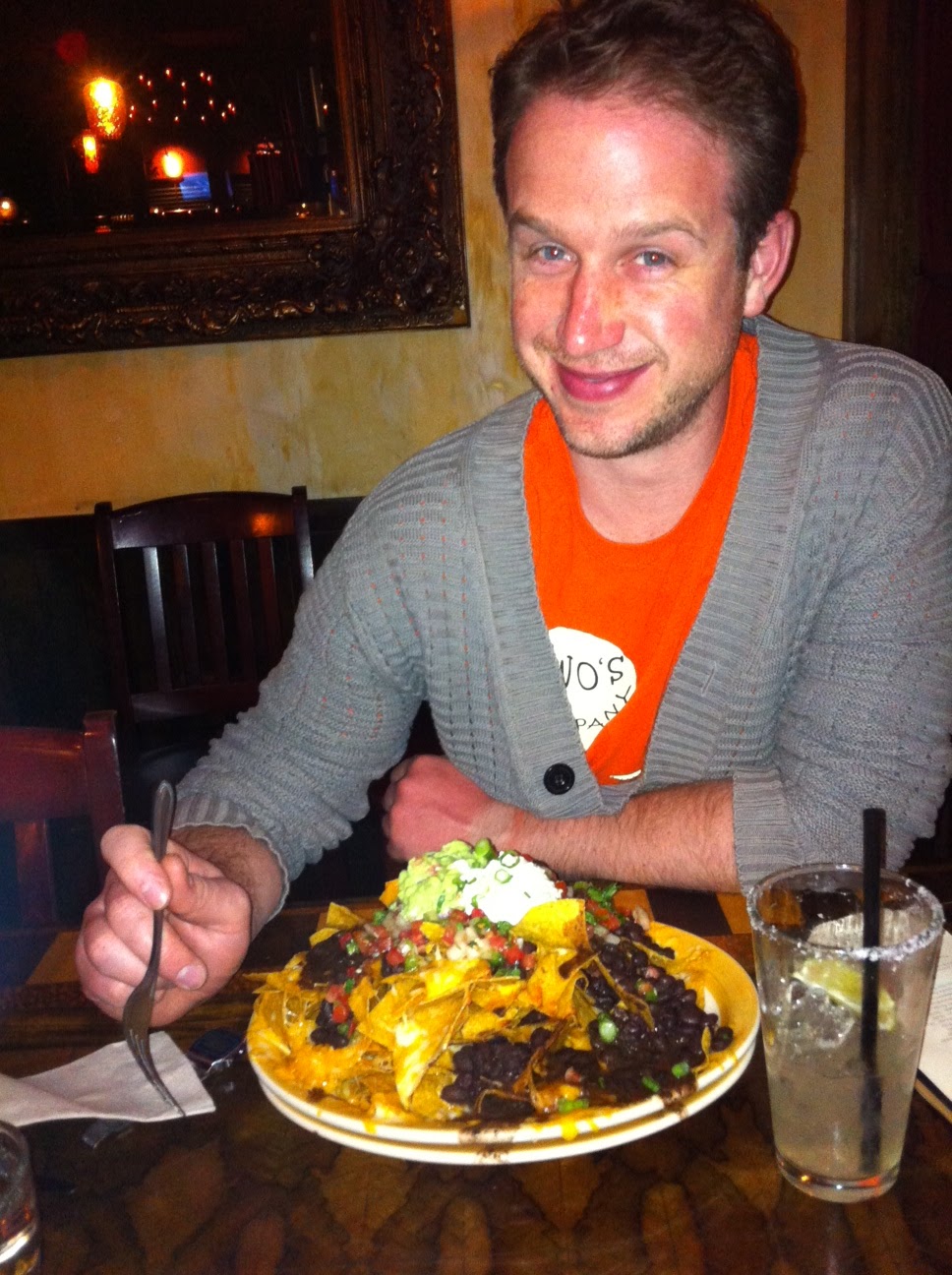 View Portland to Astoria in a larger map